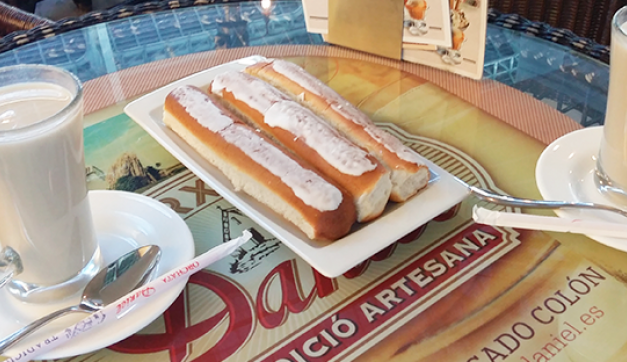 Horchatería Daniel is one of the most iconic places in the city to drink natural tiger nut milk (horchata). They have been making 100% natural artisan horchata and authentic sponge fingers (fartons) since 1949.

The family's first establishment opened in 1960 on the ground floor of their home and in 1979, Daniel opened the Horchatería on the avenue that would later become Avenida de la Horchata and where they started receiving visits from the most famous celebrities of the era.

The founder, Daniel Tortajada, was one of the main backers for obtaining Designation of Origin status for tiger nuts (chufa) and horchata. Nowadays in Horchatería Daniel you can have the very same horchata that was drunk by famous personalities like Salvador Dalí and Rafael Alberti when they visited the premises.

In 2013, the third generation of the Tortajada family decided to open the first Horchatería Daniel to be based outside Alboraya, in the fantastic location of the Mercat de Colón in Valencia, where they combine a traditional menu with more innovative options like horchata tiramisu.

In 2018 the third establishment opened at number 7, Calle San Vicente Mártir. This has more of a Take Away vibe so people can enjoy our products while they stroll round the city.