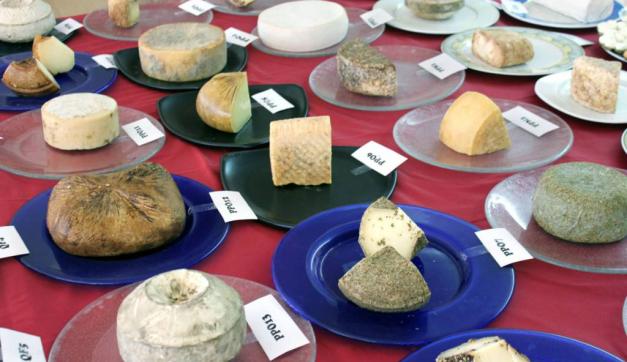 The Montanejos Cheese Fair celebrates Castellón and the Region of Valencia as a land of traditional and distinctive cheese. Around a dozen specialities are made here, many of which are classed as being amongst the best on the international scene.

The purpose of the competition is to promote the region's amazing cheese heritage, based on each cheese's history, tradition and sensory properties. Highlighting the diversity, richness and character of artisan cheeses made in the Region of Valencia and ensuring consumers can recognise and appreciate them is one of the aims pursued by the competition organisers as they draw up the yearly programme of events.

More than 20 cheese-makers from Castellón and the Region of Valencia take part, many of them winners of international prizes. Producers are based in nearby towns and villages, including Almedijar, Almassora, Catí, Alquerías del Niño Perdido, La Vall D’Uixó, Morella, Les Coves de Vinromà, Castellnovo. Other participants include leading companies from the dairy sector, such as Laboratorios Ainia, Laboratorios e Industrias Arroyo and the CAJAMAR Foundation.

The main streets in Montanejos are the setting for the stands, which stay open to the public while the competition lasts. Over the course of two days, Montanejos devotes itself entirely to cheese, with a range of parallel activities including cheese-making workshops, a cheese tasting competition for the Award for Best Cheese in the Region of Valencia, cheese-themed gastronomy events in which many of the town's restaurants and bars produce special menus featuring cheese as the main attraction.